The amount of detail in each of the paper cut pictures meant that I wanted to find a way to enable people, who weren’t able to see the original pictures in real life, to be able to zoom in and see the features. If you haven’t seen the blog post that was Art Challenge 13 – Paper Cut Pictures you can enjoy it at this link. I wanted to move elements of the pictures to bring them to life, but having glued all the picture aspects in place I was too late. I therefore decided to animate the pictures through the choice of stills I used and also by drawing the viewers attention to aspects of the picture by using relevant sound effects. The first picture I animated was the allotments picture, I was keen to keep the animations short and to the point so that the viewer would hopefully keep watching to the end. You can watch each of the three movies by clicking on the images below – they are all around one minute long.

The second picture I animated was the ski chalet, I found this less charming as there weren’t as many ‘characters’ birds and so on, as in the allotments.

It was some time before I could gather the courage to animate the beach huts picture. As this picture was the first paper cut picture I created I was afraid of an animation that did not do the picture justice. I was worried but am pleased with the result. With all of the pictures the choice of music and sound effects is so key to the atmosphere created in the videos.

How I Created The Animations I used the Stop Animation app on my iphone to photograph each picture. Then added the video to Apple iMovie and titles, sound effects and finally the sound track. I am proud of the paper cut pictures and hope that more people can enjoy the detail of them through these short animated videos. 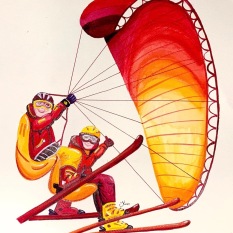 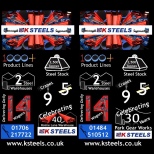 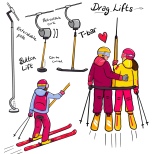 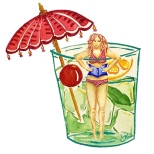 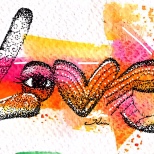 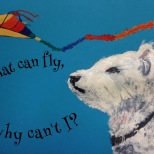 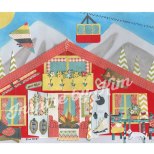